You may be thrilled at the idea of reading social studies books for hours and searching through historical documents to learn more about the history of our country and our world. However, it’s likely that your students would not be quite as excited about something like that. They may even struggle to stay focused and awake during in-class lectures. One great way to mix up your teaching methods and get your students more engaged in history is to show them a video. Sure, you can probably find some good clips on YouTube or other websites to give them a basic overview of a historical event, but countless film directors have made incredible movies with precise historical accuracy that should not be overlooked as a teaching tool. No matter what grade you teach or what part of history you want your students to engage with a little more, there is likely a fantastic movie out there that can help you educate them in an informational and entertaining way. We’ve picked out our top 10 choices when it comes to history films that social studies teachers can integrate into their lessons. Most of these are primarily for high school students, but a few are appropriate for middle school and there are a few great ones for elementary school students as well.

The Salem Witch Trials that took place in the 1690s in Massachusetts are often quite intriguing for students to study. It seems ludicrous to many that suspicion and paranoia could run so rampant in a society, but it’s important for students to learn how and why this happened in Salem during this time. Not all history classes will spend a great deal of time focusing on the Salem Witch Trials, but they can be taught in conjunction with social sciences as students learn about the influence of others and how quickly individuals and groups can be made to believe certain lies. The Crucible movie is adapted from the play of the same name that was meant to be an allegory about the communist “witch hunts” that took place in the 1950s. This movie is best for high school students.

This movie is seen as the most historically accurate movie ever made about Abraham Lincoln, and it is a great teaching tool for high school students. It delves deeply into his personal life and the challenges he faced as the sixteenth president of the United States. It follows his journey of attempting to ratify the constitution, and it shows his ultimate success in leading the US through the Civil War and eventually abolishing slavery in our country. In addition to offering an intense look into the life of one of our most famous presidents, Lincoln also does a great job of explaining the governmental process of how ideas become laws.

This R-rated movie is best reserved for older high school students, as it pretty accurately depicts the realities of slavery in the early 1840s. While this film takes place around the same time as Lincoln, it shows a vastly different perspective of slavery. 12 Years a Slave tells the true story of a free black man from New York who was illegally and unfairly abducted and sold into slavery. It not only shows the horrific experience some black Americans faced as they were forced into a life of slavery, but it also paints an accurate picture of what life was really like on many southern plantations.

With a great overview of the roaring 20s, Prohibition is a historically accurate, multi-part film. Not only were many historians involved in making the film (including acting in it occasionally), but it utilizes many interviews, documents, photos, and video clips from the time period to make it more precise in its depiction of the era. While the primary focus is on the law that banned alcohol, Prohibition goes much deeper into a number of political and social issues that were relevant in the 1920s, including women’s issues, immigration, jazz music, the Red Scare, and much more. This film begins with the events that led up to the passing of the 18th Amendment and finishes with the repeal of prohibition.

A commonly studied topic in just about every world history class is the Holocaust. While there are countless resources available to teach your students about the horrible acts of the Holocaust, Schindler’s List does a great job of capturing far more than basic statistics about the massacre and the extreme violence that took place. It looks at the bravery of individuals and how their courageous actions can save lives and how they can make a difference even in the midst of terrible circumstances. Considered one of the best movies ever made, Schindler’s List brought the harsh realities of the Holocaust to a global audience in a powerful way, and it’s a great teaching tool for high school students to understand the emotional turmoil that took place during the time, in addition to the physical terror that many individuals faced during that time.

The Grapes of Wrath

Based on the popular novel by John Steinbeck, this film follows the story of a family who loses their Oklahoma farm during the Great Depression. The Grapes of Wrath sees the Joad family move westward searching for employment as migrant workers and captures their trials and triumphs throughout their journey. A great teaching tool for older middle school students and high school students, this movie could be shown in conjunction with reading the book or used as a supplement to teaching about the harsh realities of the Great Depression.

Flags of Our Fathers

This film tells the story behind the famous picture of six American soldiers raising the flag during World War II. Based on a book of the same name, Flags of Our Fathers follows the 1945 Battle of Iwo Jima from the perspective of the six individuals responsible for that well-known photo. It shows their training in Hawaii, their attack at Iwo Jima, and the various battles and struggles they face during their time in Japan. It also follows the individual men who remain alive after the infamous flag-raising and how their experiences in war affect the remainder of their lives. Flags of Our Fathers has many graphic images and some harsh language, so it is best for older high school students.

How the West Was Won

A great film for almost any age (it’s rated G), this movie takes place in the 1840s through the 1880s in America. It follows a family from New York in their decision to journey westward, and it shows some of the reasons why many Americans made the same decision during this time. It illustrates some of the challenges that these westward-moving families faced on their journeys and is very real about the struggles that both people and nature brought upon the travelers. How the West Was Won also shows what life was like in the West during the time period, and it goes on to talk about the California Gold Rush, the Transcontinental Railroad, and the Civil War.

A popular favorite amongst elementary school teachers is the Animated Hero Classics collection. These videos include about 20 biographies of famous individuals who had an impact on the world in a variety of ways. From Benjamin Franklin to George Washington to Thomas Edison and more, these videos teach kids about the lives of important individuals and their contributions to our world. A great deal of supplemental resources are available to use in conjunction with these videos, but they can also stand alone as a great teaching tool that is sure to keep young students engaged and entertained as they learn.

A series that aired several decades ago is still relevant in today’s educational arena. Many adults probably remember listening to the catchy songs of Schoolhouse Rock and many schools today are still utilizing the videos that teach great lessons. Perfect for elementary students and maybe even some middle schoolers, Schoolhouse Rock has an “election collection” that clearly describes the process of how bills become laws and how people are elected within the government. It does so in a catchy and informative way so that students are able to understand and remember what the videos teach them. 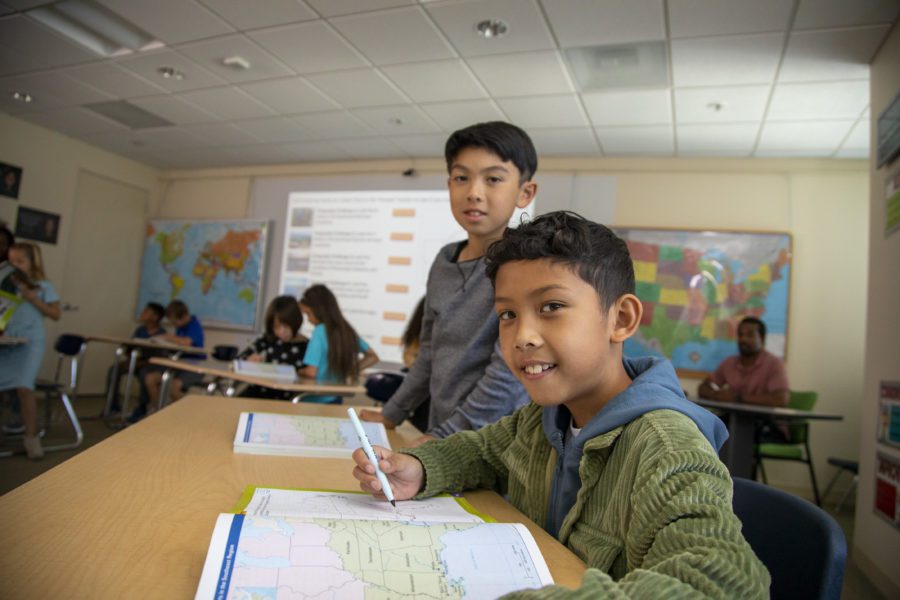