Living History: 9/11 in the classroom

Do you remember how blue the sky was that day?

It was about a half hour into my first period 8th grade class that my Nextel phone chirped.  I went over to look at it as the students were studying for a test I was going to give the next day.  It was my wife.  She was also an educator, working at a different school near Cincinnati.  When I stepped away from the class for a second to find out what was a matter, she explained that a plane had hit the World Trade Center.  I didn’t say anything to my class, as it was unclear what this all meant.  The bell rang about a minute later.

Kids raced out of their seats and the halls were clogged with junior high students trying to get to their 2nd bell.  I stood outside my class, like I always did.  Sally Sears, a special ed team-teacher working with my 2nd period walked towards me, her face ashen.  She had tears in her eyes when she said a second plane had hit the WTC.  It was then that I along with the rest of America realized that this was indeed a terror attack.  It happened so quickly and still so much up in the air that Mr. Rudder, our principal, wasn’t ready to make any sort of announcement.  I had a decision to make with my class and how I would react.  I chose to tell the students what had happened and told them instead of our lesson, we would turn on the news.  I’ve wrestled with that decision ever since.  Was it appropriate to allow impressionable, young teenagers to watch all of this?

We sat in complete silence.  I don’t recall a lesson or activity that ever created such a still moment in time as what happened that day.  We heard the chilling account of the plane that attacked the Pentagon, and watched aghast at the split screens on the TV showing burning buildings.  2nd Period passed to 3rd period.  The halls were hushed, some talking, but now the gravity of what was going on had sunk in on everyone…staff and students.

CBS was the station that I could get clearly in the room.  As my 3rd period settled into their seats, and I was speaking to them, students gasped and pointed behind me at the TV.  There the first tower fell.  From an earlier report, I recalled them saying that 20-30,000 people worked at the WTC.  News reports were very fuzzy on how many people had been evacuated safely.  What was certain though, hundreds, perhaps thousands had just perished.  I sat down and cried.  It took me a while before I was composed enough to address my class.  It was not a strong moment for me and I regret losing my composure at a time where my students needed it most.

The rest of the day was a blur.  Mr. Rudder would announce that school was being dismissed early so kids could be with their families.  As athletic director for the school, I also had canceled sporting events for the next several days.  The events of that day are now history.  Ten years removed, but never gone too far.  Still when I hear news alerts, it makes my heart skip.  I suppose this will never change.

It would not exactly be fitting to call what happened that day a teachable moment.  As there was no preparation or planning.  Instead, as a teacher, I watched in horror along with my students history unfold before our eyes.

If you were in the classroom as a teacher or student that day, what do you recall? 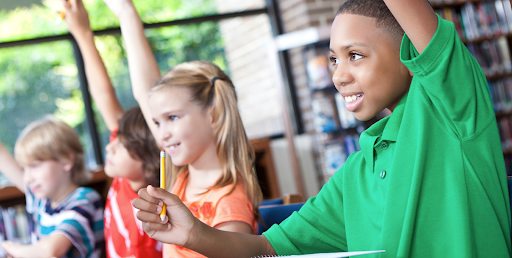